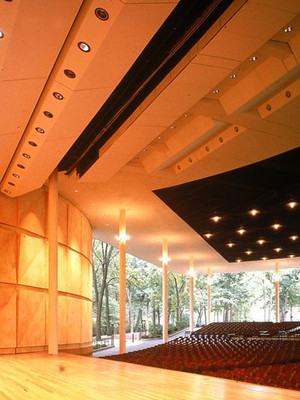 If you're happy to travel

You can catch Lauryn Hill at Ravinia Pavillion in Highland Park, showing Sep 11, 2020

Lauryn Hill is also touring to: 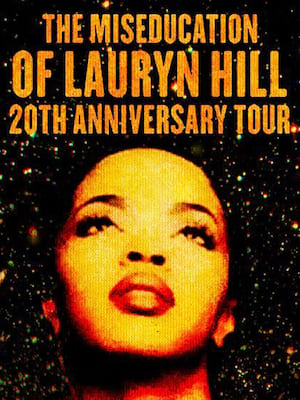 A star, more than just a voice, is back onstage with her magnetism intact!

The 20th Anniversary of Miseducation!

R&B icon Lauryn Hill continues her celebration of the 20th anniversary of the landmark 1998 album, "The Miseducation of Lauryn Hill", with an extensive US tour. Regarded as one of the finest female MCs of the past 25 years, Lauryn is back with her uniquely soulful brand of hip-hop and will be performing the smash hit album in full live!

Fans will be thrilled to hear lead singles "Doo Wop (That Thing)" and "Everything is Everything". It's going to be an experience that you don't want to miss.

Rising to fame with the hip-hop trio The Fugees during the mid-Nineties, Hill became a household name with the release of the group's second album "The Score". Containing "Killing Me Softly" and "Ready or Not", the record was a landmark melding of rap, soul and reggae, and proved hugely influential in its use of sampling. Hill's 1998 solo debut "The Miseducation of Lauryn Hill" followed soon after and was an even greater success, reaching number one in the Billboard charts and earning the still only 23-year-old singer, an unprecedented five Grammy Awards.

Lauryn Hill was fabulous. She sings from her heart. There was incredible... more

Ms. Lauryn Hill rocked the house tonight & reminded everyone why she... more

Sound good to you? Share this page on social media and let your friends know about Lauryn Hill at Carpenter Theater.